“What types of questions do you want us to address during our Week 008 discussion on Reference, Access and Outreach?”

“It was really validating for me as an instructor to know my students could really grasp and apply the material.” 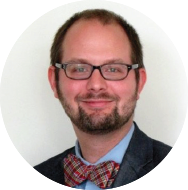 Josh Kitchens is the Director of Archival Studies at Clayton State University. His course load is primarily comprised of online sessions with second-year graduate students finishing their master’s degree in archival studies. Determined to adequately prepare his students for full-time careers as archivists, Josh used Qualtrics surveys to dig into what his students were thinking before class, so he could tailor a custom lesson plan that would be relevant for them. However, this traditional survey tool was not engaging his students or garnering the participation he was hoping for.

After learning about POPin, Josh decided to run a few test POPin sessions with students to see if they would engage differently with this platform. As students engaged, he realized the potential the tool could have to source questions and spark discussions prior to online class sessions so he could build more relevant lesson plans.

Josh leveraged the tool at the beginning of the spring semester with his students to discover what students hoped to gain from taking the course. Their feedback validated that his lesson plan was on target while giving him ideas for how to tailor specific areas of the lesson plan. Later in the semester, he leveraged POPin to more specifically source discussion topics for an upcoming class session, asking, “What types of questions do you want us to address during our Week 008 Discussion on Reference, Access and Outreach?” With the POPin results in hand, he facilitated a discussion that was meaningful and relevant to the students, further building their trust that he was truly interested in making sure their needs were met.

As the semester came to an end, Josh focused on ensuring his students were properly prepared for interviews for archivist positions. He leveraged POPin to engage them in a conversation about the kinds of interview questions they might expect to be asked, and how they would answer them. Josh commented, “Something we had kind of talked about in class was that very often times archivists don’t have the full skillset to do all of the work in-house and they need to understand how to work with vendors, so I was really impressed and surprised that someone said ‘We need to know how to work with vendors.’”

Based on the POPin conversation, Josh’s next classroom discussion focused on ensuring they could adequately answer the questions they might be asked in the interview. He noted, “I really thought it was interesting to see the distribution of their responses… some were right where I’d want them to be but at the same time there were also opportunities to talk about how some of these issues might play out.”

Leveraging POPin throughout the semester helped Josh uncover specific gaps in student comprehension, enabling him to tailor discussions in the most relevant and meaningful way. As a result, he experienced an increase in student engagement and classroom participation. More importantly, he had higher confidence that his students were as prepared as they could be to take on archivist positions upon graduation.

Want to see how other's are using POPin? Click below to learn more.